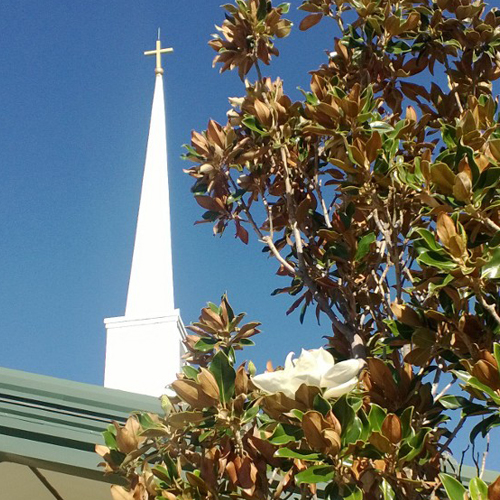 In the spring/summer of 1993, a Project Advisory committee (12 members) or PAC team was formed to hire a minister. Reverend Dr. Bruce Brown was called in January 1994. Funded with new church development money from the Area Office, WestWindChurch held the first worship service at ShadyGroveElementary School on September 11, 1994. Within two years WestWind was self-supporting and had a building fund for a new facility. We had a ground-breaking ceremony on August 6, 2000 and moved into our new building on Easter Sunday, April 15, 2001.

The vision for WestWind is to gather people of different backgrounds into the family of God and to strengthen relationships among those seeking a Christian Spiritual journey.

Rev. Tanguay has joined us this year. She has broad experience in ministry to youth and families and involving churches in local community. She believes that an open and welcoming Lord's Table is central to theology and practice of faith.

WestWind is currently searching for new Choir Director/Pianist. For more information on the position, contact revcasey@westwind-church.org

What is the Christian Church, Disciples of Christ?

We practice unity and inclusion at the Lord’s Table

All are welcome to the Lord’s Table for the sake of mission and for the sake of the world as the one family of God. Most congregations do this by celebrating communion every Sunday. That’s why we use a chalice as our logo.

A person makes the choice to follow God’s call rather than the choice being made for them as an infant. Baptism is the basis of membership in the Church and also a mark that every person is called to serve God – the idea of the “priesthood of all believers.”

We are a movement for Christian Unity

We honor our heritage as a movement for Christian unity by cooperating and partnering with other faith communities to work for bringing about wholeness – healing and justice – in the world. This is what it means to be “ecumenical.” One example is our cooperative work with the United Church of Christ in Global Ministries for the past 25 years and our newer effort to share staff in the area of family ministries.

We also honor the heritage of Christian unity by staying together in covenant as a witness to the world that even when we disagree we can still make room, welcoming all to the table as Christ has welcomed us. Our spiritual ancestors were fond of saying, “unity, not uniformity.”

We study scripture for ourselves

We are called to study and read scripture for ourselves. Rather than having tests of faith and creedal statements, we critically and thoughtfully study scripture, taking into account the history and background – the context – in which it was written.

Learn More About Our Mission

We answer God’s call for justice

We move to answer God’s call for justice particularly in the areas of care for the earth, the challenges for women and children, poverty and hunger and immigration. We seek to do this work in cooperation with other people of faith. Some say we “get dirty for Jesus” as a way of conveying the hands-on mission orientation of many of our faith communities.